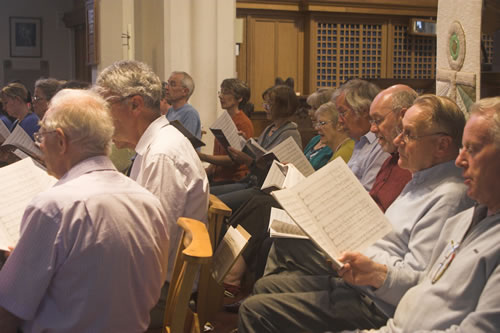 Getting to grips with the notesThis year, our third season under our new conductor, Tom Bullard, the Allegri Singers will be performing three concerts in the London Borough of Bromley and one in Dulwich, and will also perform by invitation at a number of other events (including the annual thanksgiving service of the City of London's Worshipful Company of Paviors).

Tickets for all concerts are available at the door.

Further information about the Allegri Singers and our concerts can be obtained from the Publicity Officer Caroline Cheesman on 020 8249 5522.