Jamie took over the baton from Tom Bullard in September 2015. 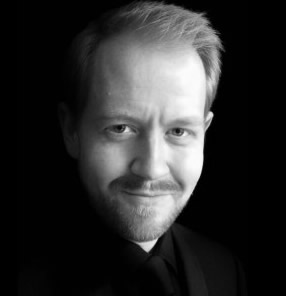 Bass baritone Jamie W. Hall is a versatile musician who occupies multiple roles on the concert platform. Foremost a soloist with a wide repertoire of oratorio and song, he is also an experienced consort and choral singer working with leading ensembles, including the BBC Singers, a choral director, coach, and chorus master, as well as a composer of published choral works which have been performed across the globe, recorded and broadcast on radio.

Jamie was succeeded by Stephen Anthony Brown in September 2016.