This year the Allegri Singers gave concerts at St Marks Bromley, St Katharine Cree (City of London), and Bromley Parish Church. We also performed by invitation at a number of other events, including the annual thanksgiving service of the City of London’s Worshipful Company of Paviors.

As their inaugural performance at the Brandenburg Choral Festival, and repeated the following week at St Mark’s Bromley, the Allegri Singers were delighted to present an a capella programme of 20th century British choral masterpieces, offering a broad range of musical style and character, both sacred and secular.

The concert began with William Harris’s beautiful setting of Spenser’s poem “Faire is the Heaven” and included other well-known sacred works such as Stanford’s “Beati Quorum Via”, Tavener’s “The Lamb” and Howells’ “Take him, earth, for cherishing”. In anticipation of St. Cecilia’s Day later in November, the concert featured Britten’s “Hymn to St. Cecilia”, a setting of a poem by W.H. Auden celebrating the patron saint of musicians. The performance closed with Tippett’s evocative Spirituals (from his secular oratorio “A Child of Our Time”). 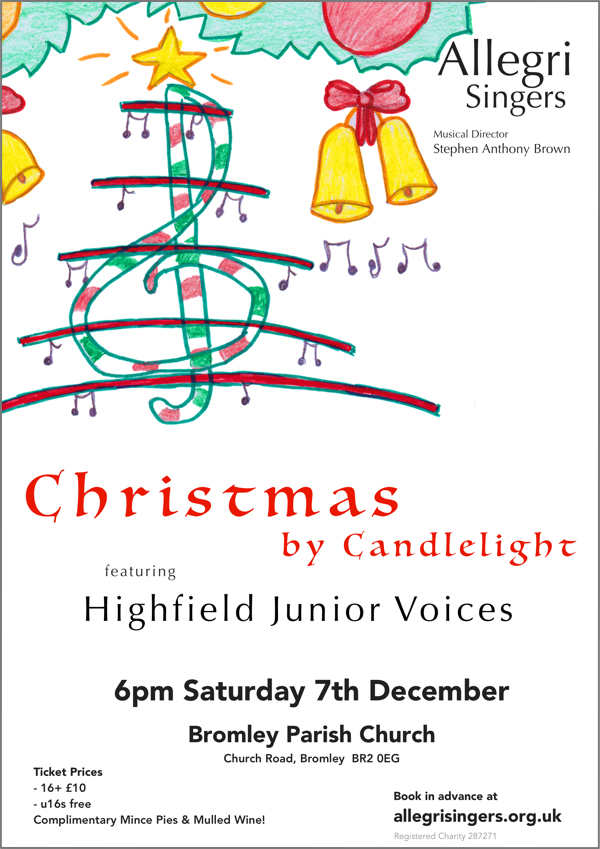 We were joined again by the fabulous Highfield Junior Voices for a candle-lit concert in Bromley Parish Church to celebrate the coming festive season, with uplifting carols, mulled wine and mince pies to warm the heart and cheer the soul! 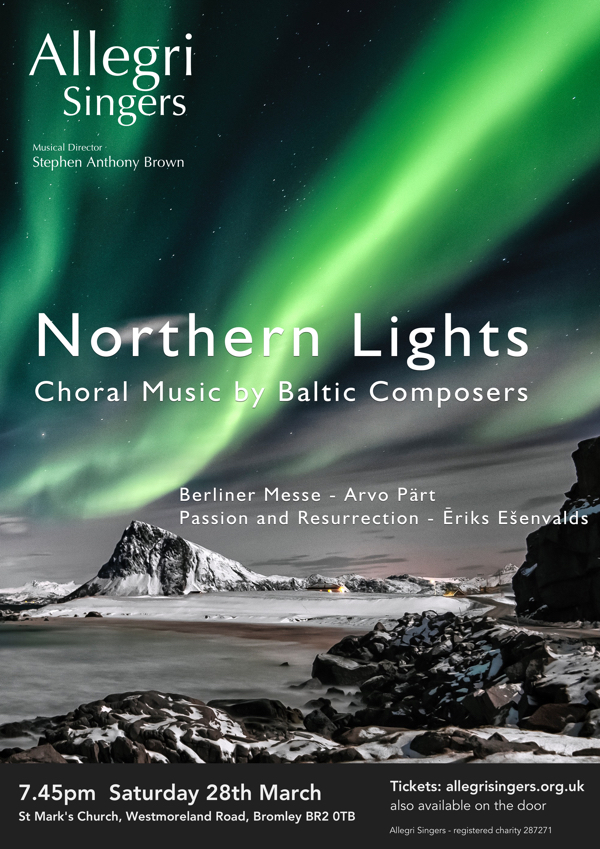